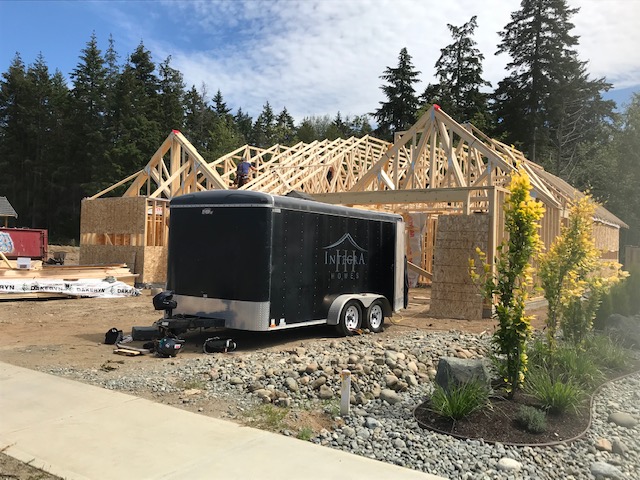 Welcome to the New Year! Did your family have the opportunity to discuss goals and resolutions for 2021? Perhaps one of your goals is to build a new custom home with a view. If so, where would you build on Vancouver Island? Courtenay is becoming a popular destination to relocate to. If you are thinking of moving to a new place, perhaps now is the time to investigate this possibility further.

Phase II Homes Under Construction at The Ridge in Courtenay

Phase II of The Ridge development in Courtenay on Vancouver Island is a busy place with preferred builders now working on custom homes for their clients.

There are currently 12 new homes under construction and many more in the planning stages. Some of these new homes are single-storey ranchers while others feature a second storey or a walkout basement.

Coastal Custom Homes is a New Preferred Builder at The Ridge

The Ridge, a master-planned community in south Courtenay, is pleased to introduce their newest preferred builder, Coastal Custom Homes.

They currently have a new custom-designed bungalow for sale, located at 4184 Remi Place at The Ridge.

This single-storey 3-bedroom home offers a roomy 1,620 sq. ft. The bright and sunny kitchen is open to the great room, which features a vaulted ceiling and offers stunning views of Comox Bay and the local mountain ranges.

This new home in Courtenay also includes a covered back deck and a two-car garage. The house features a West Coast-style timber frame entrance.

Come by and take a tour to see this custom-designed home for sale. The home will be open for viewing as of August 30, with open houses Friday and Saturday from 11am to 3pm.

For more information on pricing, or to arrange for a private tour, please contact the owner, Dean Verschuur at 250-465-2205  or Dean@coastalcustomhomes.ca

Lawmar Contracting Welcomes Many New Homeowners to The Ridge 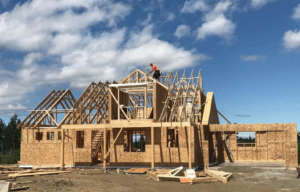 Custom home builder Lawmar Contracting in the Comox Valley has welcomed many new homeowners to The Ridge.

Their clients choose the Comox Valley because of the West Coast lifestyle, the friendly community, the amenities, the activities, the scenery and more. They also come from many different places, including Metro Vancouver, other parts of BC, Alberta, Ontario and of course, some Comox Valley residents have relocated to The Ridge.

Spring Brings Construction Weather to The Ridge in Courtenay

New roads have been built and the construction has begun on several new homes in Phase II at The Ridge. Crews from the selected preferred builders are out in force as the spring weather settles into the Comox Valley.Are you thinking of purchasing a new home in the Comox Valley? The Ridge is the perfect spot to build or buy your new home. It is one of the premium view spots in Courtenay, from which to enjoy year round views of the Beaufort Mountain Range, the Comox Glacier and Comox Bay and the mainland mountains.

Learn Why Residents Love The Ridge in Courtenay

Donna and Jim decided to make the big move to Vancouver Island in 2016. They had lived in Kingston, Ontario for more than 50 years but after their two sons moved to British Columbia, they decided to follow. The question was, where on Vancouver Island were they going to live?

They had looked at other communities on Vancouver Island and chose the Comox Valley as it offered everything they were looking for, including a doctor who was taking new patients, a new hospital and a community that was located about half-way between the cities where their sons lived.

They came across The Ridge website and decided to take a drive through the scenic subdivision. After meeting the developer and viewing a Lawmar Contracting home under construction, they made their decision on the spot to purchase the home and moved in on December 1, 2016.

“The area surrounding The Ridge is so beautiful, and we love walking around the many trails here and seeing the mountains and the ocean,” Donna says. “It is like living in paradise: we see trumpeter swans, Canadian geese and eagles flying right over our house.”

Donna and Jim thoroughly enjoy living at The Ridge. They really appreciate the multi-generational aspect of their neighbourhood and having young children, families and retirees in their community. The neighbours are friendly and welcoming. As an added bonus, Jim loves being in such close proximity to many top-rated golf courses.